Have you ever wondered what ADB really is? What is its role in the Android operating system? In this article, BangSep has explored some interesting details about ADB or Android Debug Bridge. 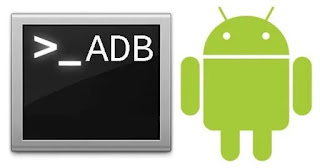 What is ADB on Android and what is it used for?

Android is currently the most widely used operating system used by millions of users around the world. If you have been using Android for a long time, you may have found or enabled Developer Options.

If you have found and dug deeper into Developer Options, then you may have also come across the term known as Android Debug Bridge or ADB. So, have you ever wondered what ADB really is? What is its role on the Android operating system? In this article, we will explore some interesting details about ADB or Android Debug Bridge,

So what is ADB?

According to Google, “Android Debug Bridge (ADB) is a versatile tool that allows you to manage the state of an emulator instance or Android powered device” Google has tried to describe ADB as briefly as possible. If you don’t understand the point, let’s explain it further.

ADB or Android Debug Bridge are basically two different apps; one runs on your computer, and the other runs on your phone. So, when your phone is connected to an application running on a desktop operating system, and if you have enabled USB Debugging mode, you can run commands and interact with the phone.

Search giant Google has also made ADB part of its Android software development suite for Mac, Windows, and Linux. Another thing to consider is that Android is based on Linux, so, it uses the Linux kernel and tools as a base.

That means that some Linux commands can be run via ADB Server (computer) to ADB client (Android). So, in short, ADB on Android is not the kind of Command prompt for Windows that you can use to run commands.

What is ADB for?

ADB or Android Debug Bridge is basically a command line utility that allows users to control their Android devices from a computer. ADB can be used in various ways such as installing apps, removing bloatware, recording your device screen, rooting Android, etc.

Since it is a command line utility, you can run some commands to your Android via computer. So, ADB is used for various geeky Android tricks.

How to Install ADB On Windows

Done! Adb.exe has been successfully installed on your computer. Now enable USB Debugging mode on Android and connect it with computer via USB Cable. Now move to the folder where you installed the SDK tools and then right click anywhere inside the folder and then select ‘Open Command Window Here’

What's the Difference Between APU, CPU, and GPU?

Now in the command window, you can enter the ADB device command to check the list of connected devices. Now you can run commands via computer.

Do you have a realme mobile? With this trick you...