Last week was filled with some very important announcements, some of which will play a major role in the mobile technology industry this year.

Here’s a recap of the headlines from the previous week:

The top two mobile chipset manufacturers announced a total of three chipsets last week. Qualcomm’s new system-on-chip is the Snapdragon 870 Mobile Platform which is a slightly faster version of the Snapdragon 865 Plus. It will power a number of smartphones from manufacturers such as Motorola, OnePlus, OPPO, iQOO, and Xiaomi.

MediaTek announced two new processors that will be used in affordable flagship phones this year. The first is the Dimensity 1200, a 6nm chipset with the same Cortex-A78 CPU cores found in the Exynos 2100 and the Snapdragon 888.

It packs some pretty cool features including ray tracing in mobile and AR games. The Dimensity 1200 will be used by phones from Realme, Xiaomi, Vivo, and OPPO. It will also power Redmi’s first gaming smartphone.

The good news is that the phone should get a global launch as the Honor View40 and with GMS (Google Mobile Services). different settings.

Vivo X50 Pro+ is one of the top ten phones with the best camera performance according to DxOMark. Sunday. Then, there is the successor. Vivo X60 Pro+ will not only challenge the current champion which is the phone from last year but will also bring it out with this year’s phone.

Vivo X60 Pro should be able to rank much higher than its predecessor who sits in 8th position. Cell phones are not just camera beasts. It also packs an impressive screen, Qualcomm’s most powerful processor, and a battery that charges incredibly fast. 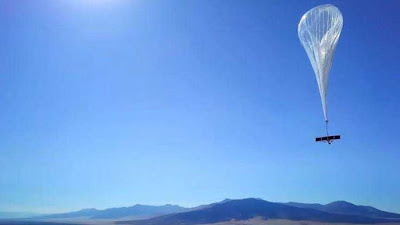 Google has announced that it is shutting down its internet which provides services to remote areas.

Project Loon provides internet services to large areas in remote parts of the world including Kenya where internet infrastructure does not exist using specially designed balloons.

The main reasons cited by Google for shutting down the service were the high cost and difficulty in making it commercially viable.

LG may exit the mobile business after years of consecutive losses.Â

The manufacturer said in a memo to employees that it was “open to all possibilities” and one of those possibilities was the sale of its cell phone business.

There are reports that the company has received offers including one from VinGroup Vietnam which not only makes its own phones but is also an Original Design Manufacturer (ODM) for LG phones.