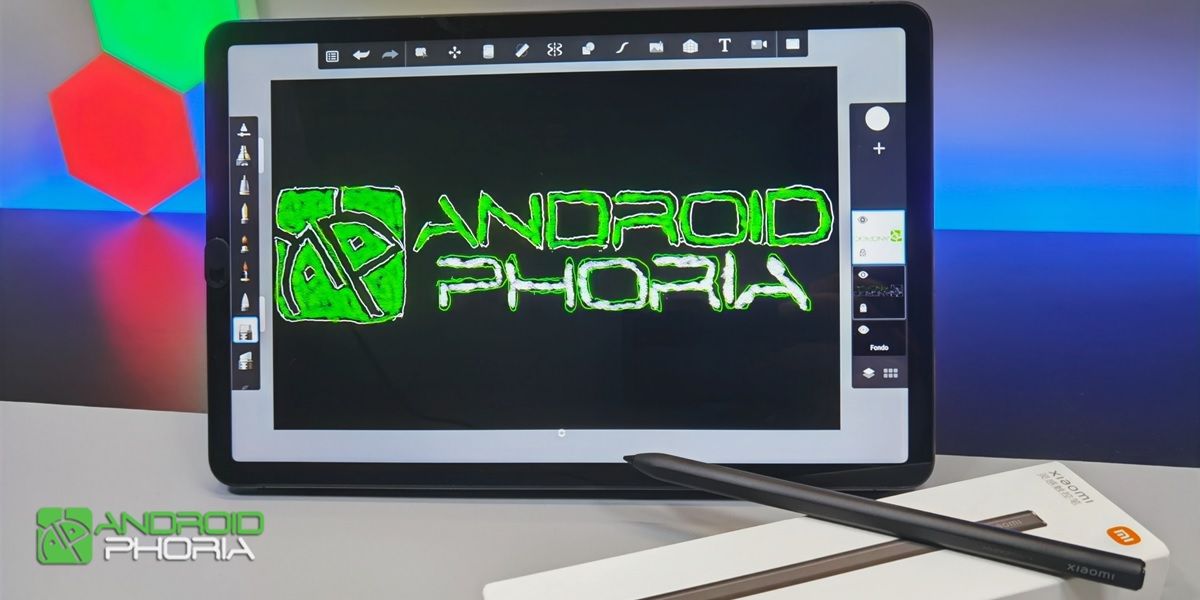 If you want to get the most out of your Xiaomi Pad 5 tablet, a stylus is what you need. But not just any one. You must go to the officer: the Xiaomi Stylus, also known as Xiaomi Smart Pen. We have done it and here we are to tell you about our experience with it. Is it accurate? Is it worth it to draw? These and other questions will be answered below. Join us.

The Xiaomi Stylus is a battery-powered stylus that wirelessly syncs with your Xiaomi tablet via Bluetooth. Attaches to the top edge of the Xiaomi Pad 5 magnetically for charging or to leave it there while you’re not using it. Of course, we warn you that the magnetic adhesion is not very strong, so it can fall with sudden movements.

Also, there are Xiaomi Pad 5 covers that prevent the Xiaomi Stylus from charging properly. Fortunately, It only takes 18 minutes to charge to 100% and its battery lasts about 8 hours.. At the end of the day, believe us that the autonomy of the pen is not going to be an issue that you have to worry about. You only have to leave it well attached to the tablet for a while and you will have a battery for hours of work. According to Xiaomi, 1 minute of charging = 20 minutes of autonomy.

How does it sync with the Xiaomi Pad 5? Very easy. With the new MIUI update, you simply have to attach it to the side and it already synchronizes (having the Bluetooth of the tablet and the pen turned on, of course). The pencil’s Bluetooth is activated by pressing and holding its main button.

Its grip is super ergonomic. It is the perfect length, weight and thickness to be able to take notes, create sketches or draw whatever you want for hours without your hand ending up exhausted. Besides, it should be noted that its body is semi-cylindrical and has a very pleasant matte texture.

The buttons are ideally placed for easy pressing and require some pressure to be applied, which avoid accidental presses. What are the buttons for? We will tell you later.

Before talking about its functions, take a look at all the Xiaomi Stylus pen specifications (Smart Pen):

The Xiaomi Stylus box comes with the stylus itself, a spare pen tip, one gquick start guide and theguarantee card.

What can the Xiaomi Stylus pen do?

The main purpose of pencils is to draw or write things by hand. So, Why does the Xiaomi Stylus have Bluetooth? Because it’s smart and has a couple of extra features that allow you to use it more easily. These are:

Truecaller Releases Several New Features for Android, What Are?

It should be noted as a negative point that I have not been able to use the buttons with other applications (they only work with the native notes app of the Xiaomi Pad 5). Also, it would be useful to be able to use them to change color and erase, for example.

Although it is obvious, it is worth noting that you can use the Xiaomi Stylus for everything a stylus is used for: draw, sign, sketch, write letters by hand, etc. In particular, my primary use is to take notes and have them all synced using the Microsoft OneNote app. It is free and very easy to use. In this way, I can start a note on the tablet and continue it from the PC by adding screenshots, for example. Then I can consult them from my mobile at any time, as well as continue with the annotations.

How does the Xiaomi Stylus pen work?

Even though the pen tip has a matte texture, glides very smoothly across the screen. So smooth is the glide that drawing long straight lines may slip a bit. However, it is a matter of getting used to. By applying the right pressure you will be able to control it so that it does not move.

In terms of accuracy, it has a sensitivity of 4096 pressure points, just like the S-Pen of the Galaxy S22 Ultra. It has given us quite fine and exact lines, although they may not be good enough for professionals who are dedicated to creating comics or other works that require a very high level of detail.

this 5G beast from Samsung has never been so cheap

The pen keeps the width of the lines consistent, it allows you to draw points with ease, its latency is acceptable, has good tilt sensitivity and provides a very smooth transition from fine to thick line. In short, it seems to us the best stylus for Android, along with the S-Pen, that you can get on the market.

Can the Xiaomi Stylus be used with other tablets? Yes, you can use it with any tablet whose screen supports styluses, although you will lose the intelligent functions (which are not a big deal, really).

Is the Xiaomi Stylus pen worth it?

The Xiaomi Stylus has a very good performance. Without a doubt, Xiaomi has created a quality product that works perfectly in most scenarios. It allows you to write by hand with ease and draw with great precision. It also offers smart functions, although these only work with Xiaomi apps.

Perhaps for a professional graphic designer, illustrator or cartoonist it is not the best option, but for normal use it’s perfect. If you have an Android tablet and want to use it for handwriting and drawing, you won’t be disappointed. The only bad thing about the Xiaomi Stylus is its official price (€99.99), but now you can get it on sale at 66.95 € with this button: