Experts are already analyzing all the details of Android 13 Developer Preview 2, so we are going to show you the 5 most interesting hidden features of the second ‘beta’ of the next flavor of Android.

We have known Android 13 for some time and all the main news of what will be the next big update to Google’s mobile platformalthough flavored Tiramisu More and more improvements will be coming as the Mountain View giant presents us with successive Developer Previews between now and the end of the summer.

It has been with this second version beta just released Android 13 with which we have begun to see interesting details, which the colleagues at 9to5Google and Android Police have been analyzing as they have been able to test the firmware on their Pixel devices, showing us the 5 most innovative and unknown functions which have come with Android 13 Developer Preview 2. 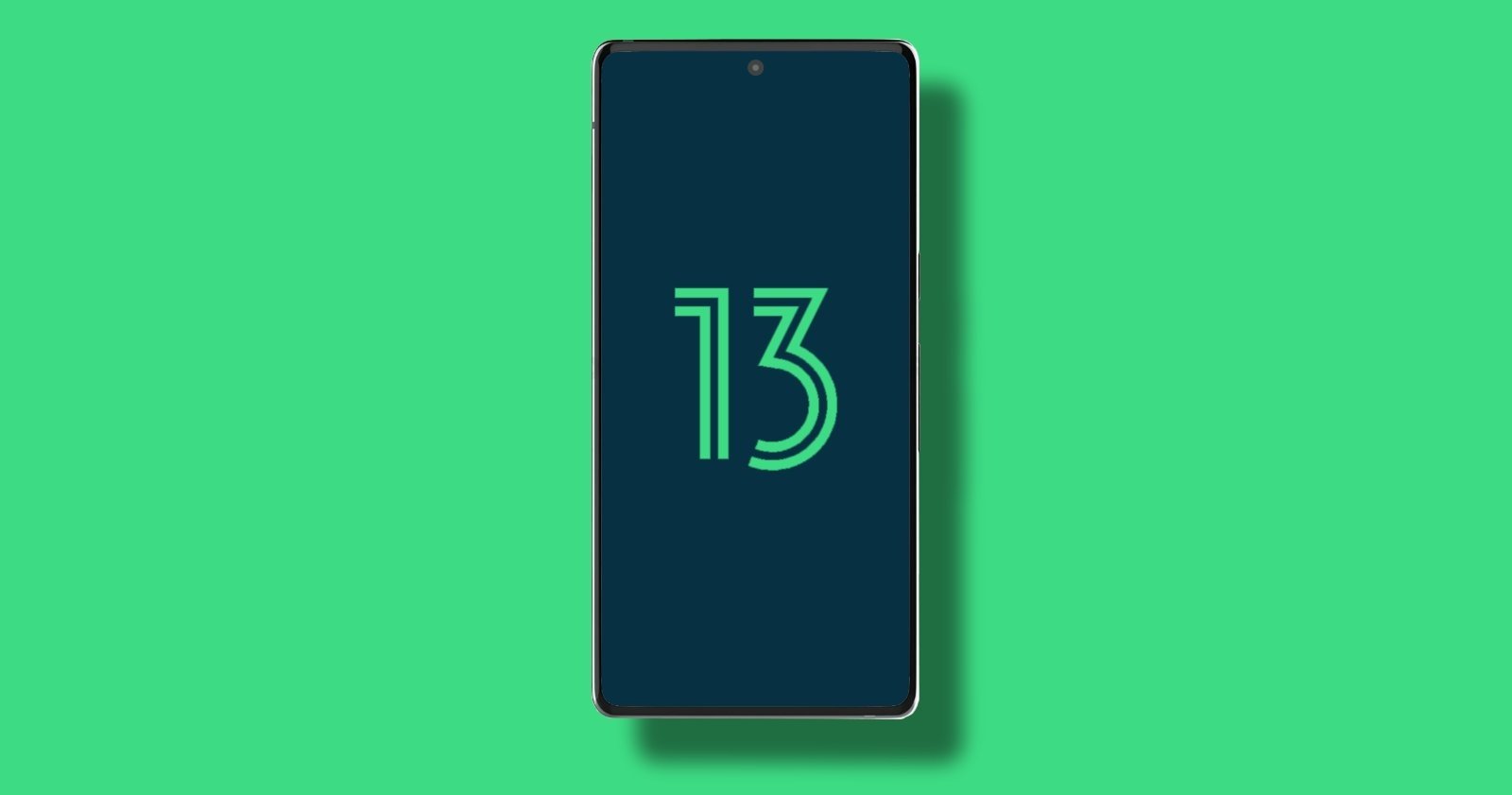 Android 13 is the new version of the system, whose launch should take place in the summer of this year 2022

As usual, It is worth noting the disclaimer always making it clear that Google can use these versions beta to test some improvements, which they may not arrive definitively in the stable versions of Android 13 because they may not be entirely convincing in California offices.

Magic Awakened, the new MMORPG that will come to mobile

In any case, let’s not miss the opportunity to review them with you to show you what news the Android Developers team is working on to surprise us later, surely with a first stop at Google I/O 2022 in May… _Shall we see them?

1. The clipboard inherits the “overlap” of the screenshots

If you have taken any screenshots on the latest versions of Android, especially on Pixel devices, you will have noticed that a bubble appears in one corner showing a preview next to the basic options to share, edit or continue capturing.

As well, these useful overlay bubbles will bind in Android 13 DP2 to the clipboard of the system, also appearing every time we copy text to preview, edit or paste it. But not only that, because it has developed a mini-editor with which we can make quick changessuch as removing tracking keys before pasting URLs in the browser or the like. 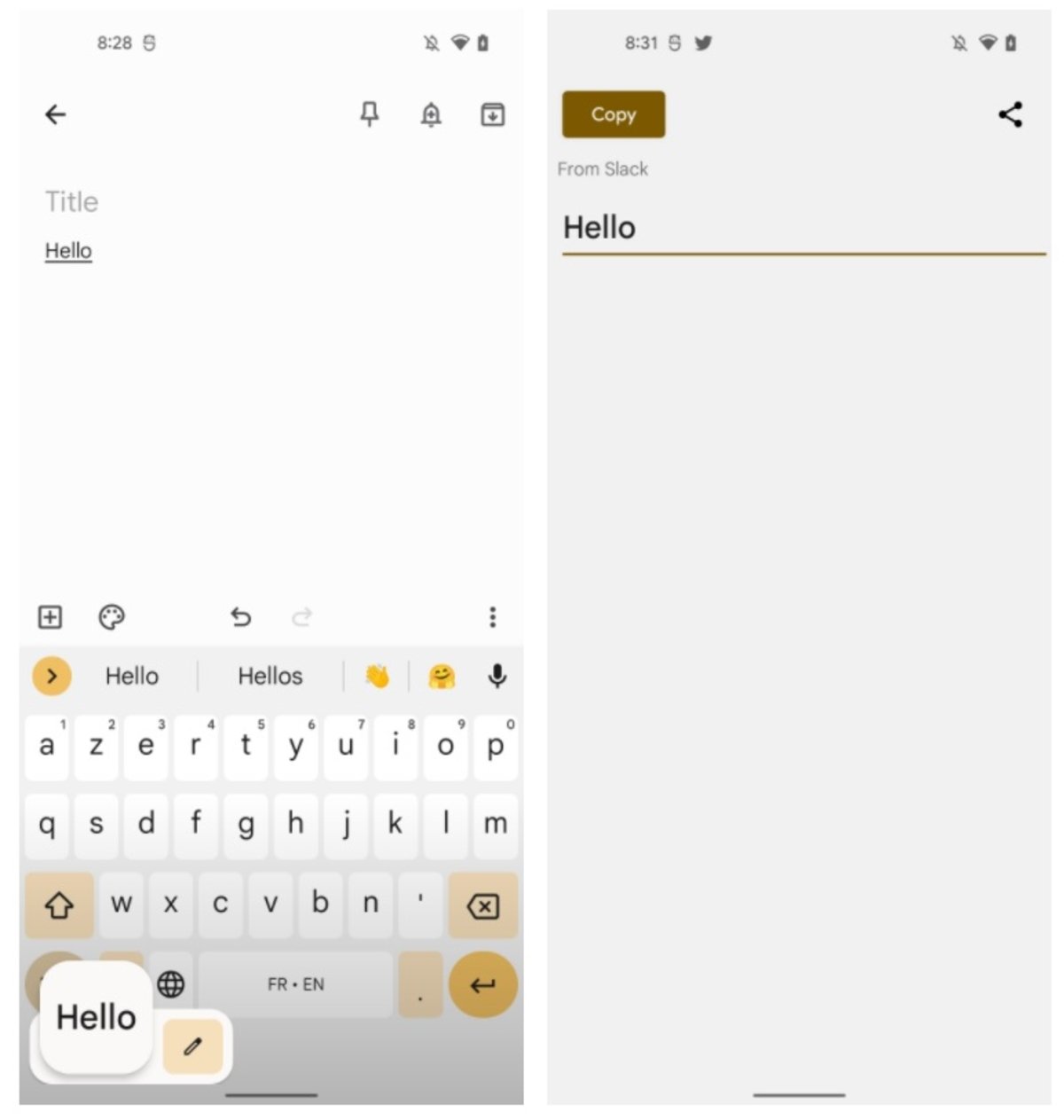 This is how the new copied text “bubble” is displayed in Android 13 DP2.

2. Dark mode will sync with our “digital wellness”

Until now, the auto dark mode allowed users to set a custom schedule, or adapt according to the hours of sunrise and sunset in our time zone.

As of Android 13 DP2 it will also offer the option “Bedtime”which you’ll use to turn dark mode on and off in the app’s settings digital wellbeing. The activation schedule will be like this much more complex and adapted to our schedules and way of lifeexcluding, for example, weekends or allowing adjustments as we connect the terminal to the charger. 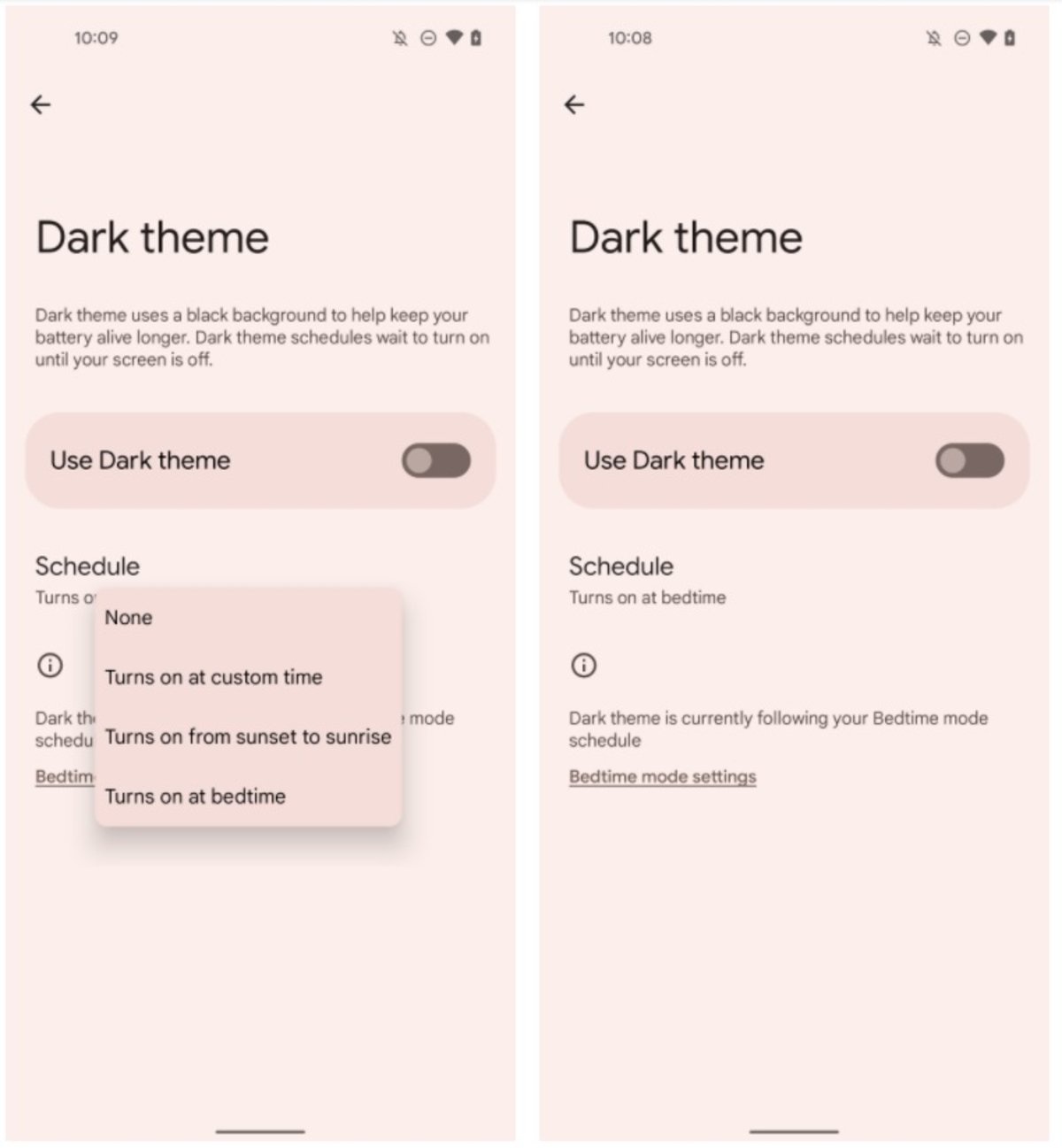 In Android 13 DP2 it will be possible to configure the dark mode according to the “digital well-being” schedule.

Another very interesting option will come when we enable our devices for multiple usersand it is that Android 13 DP2 will show us if we want, in the status bar and notifications, an indicator in the form of bubble that will put the name and avatar of the user currently activated on the terminal.

Not only will it be a mere informative indicator for shared Android devices, but it will also serve as a quick access button to switch between user accounts to ease the transition. Here you can see how it works!

4. The app drawer will get a bottom search bar

It was already one of the most acclaimed features of the Pixel interface in Android 12 and 12L, so this revamped search bar that was integrated into the app drawer it could only evolve to become even better.

In fact, in Android 13 this bar will be at the bottom in a more comfortable and less invasive position, allowing you to search not only applications but also within them with integration for example in Google Photos. 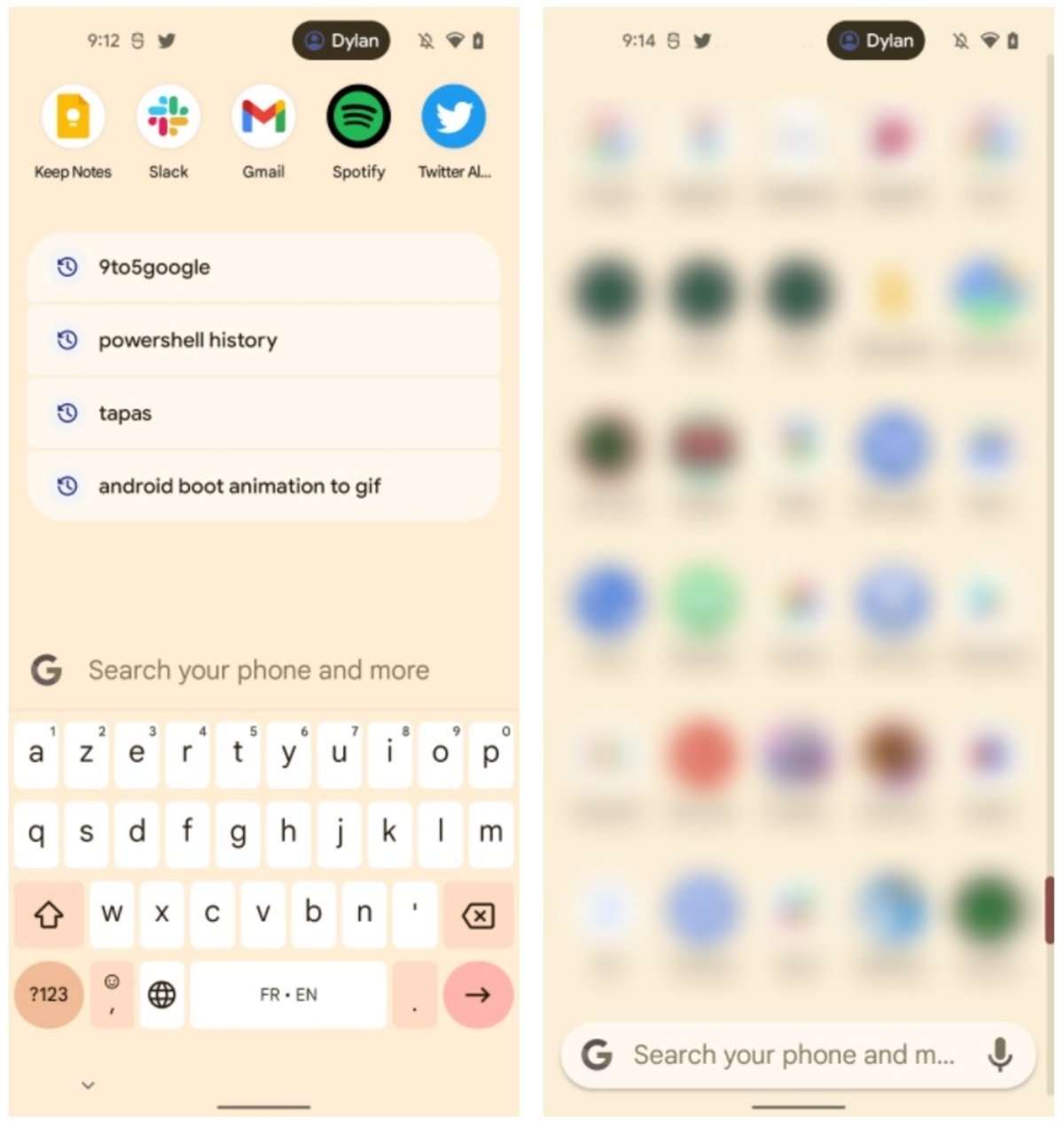 5. Notifications will allow you to activate multitasking directly

This last of the options found in Android 13 DP2 is really legacy of Android 12Lalthough for now it does not work quite well and it is good to know that Google continues to test it in previous versions of the next flavor of Android.

So it seems that multitasking will continue to gain prominence in Android 13, allowing new gesture controls through which the user can press and hold a notification’s floating icon to open the app in multitasking modesimply by dragging it to the side of the screen while using another app.

What this gesture actually does is automatically enable split screen with the app that was in the background and the notification dragged, although not that it’s entirely intuitive and we do not know if users will finally receive it with the enthusiasm due.

If you are one of those who send personalized stickers, you will love this new feature of Gboard

Now all that remains is to wait Android 13 Developer Preview 3 in a few weeks, which will probably show us the advances of the last step before the landing of Android 13 in their stable versions, something that will surely happen after the summer.

What do you think of these improvements? Do you have other favourites? Let us know in the comments…!