Today’s Smartphones can perform any processing and graphics-intensive task you give them. This is made possible with new age processors that venture into new horizons every year. Qualcomm is slated to release its next Snapdragon processor later this year, and it will come with a significant upgrade thanks to its new 5nm process, making it smaller than its 7nm predecessor. Here’s everything you need to know about the Snapdragon 875 and what it brings to the next generation of smartphones, 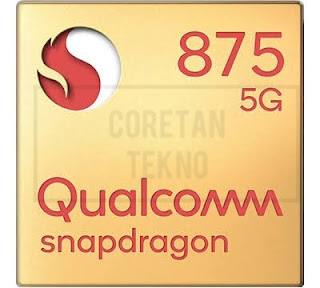 The 5nm chip is almost 20 percent more power efficient than the 7nm SoC and also 25 percent smaller. Of course, the performance will be better than the current flagship Snapdragon 865 and Snapdragon 865 Plus. Now that speculation is circulating that the SoC will use the ARM Cortex-X1 Super Core, one can expect great performance. This will give the chipset a speed advantage of about 30 percent compared to chipsets that use the ARM Cortex A77. It’s also better than the Cortex A78 core architecture for a processor.

Qualcomm has relied on TSMC Taiwan to manufacture its flagship processor line. Although Samsung got a contract to produce Snapdragon 820 in 2016. According to reports, this time Snapdragon 875 will be produced by Samsung Electronics. The same contract is worth between $850 million and $1 billion, and is already being mass-produced using extreme ultraviolet lithography (EUV) equipment at a new foundry line in Hwaseong, Gyeonggi Province. This marks a moral victory for Samsung Electronics which is also working on an internal 5nm processor.

Then there’s the Exynos 2100 SoC by Samsung, which will be based on the 5nm architecture. The processor will most likely use the Cortex-A78 core instead of the better performing Cortex-X1 core. This would give the Snapdragon 875 a fair advantage as Exynos is not yet on par with the Snapdragon versions in their own Samsung flagships which have Snapdragon versions for some regions of the world.

The race for the newest and greatest SoC of 2021 is on. According to sources, Xiaomi and Vivo will introduce the chipset for the first time in their smartphones. Xiaomi Mi 11 (probably the name Xiaomi Mi 20) with bottom camera display technology or Redmi K40 Pro, could be the first device to use Snapdragon 875. The chipset will also be seen in the Samsung S21 line of smartphones, reported in February 2021.

According to the latest developments, Qualcomm has collaborated with Asus to deliver a Snapdragon 875-powered gaming phone under the Qualcomm brand. The first device will debut in early 2021, so it could also be the first phone to have a flagship processor. There’s a big possibility for this as Qualcomm wants to reveal its phone with a USP – the first phone to have a Snapdragon 875.

Even though the COVID-19 pandemic has rocked the entire industry, Qualcomm will stay on schedule to release its next flagship processor. Qualcomm has sent out invitations for the 2020 Digital Tech Summit event with the date stated as December 1-2, 2020. While no mention of the chipset was revealed, it is most likely the launch of the Snapdragon 875 SoC since the invitation email mentioned “ Premium tier mobile performance. â€

There’s no doubt that the Snapdragon 875 will have a lot of power at its disposal and it will cost a premium. The entire processor and 5G modem package is speculated to be in the $250 region. That’s almost $100 more than the Snapdragon 865. This is a cost to the manufacturer, so you can imagine how much a phone with this SoC powering its innards will cost. Nothing has been confirmed regarding the price yet, so we will wait until there is official confirmation.

The mid-range successor to the Snapdragon 765G SoC – the Snapdragon 775G – is also in the works. The processor will be based on the 6nm architecture and will deliver a better punch for mid-range chips. It will support a 120Hz refresh rate, 256GB UFS 3.1 storage, and 12GB LPDDR5 RAM. We can expect to see the SoC debut in 2021, a bit later than the reveal of its big brother Snapdragon 875.