In addition to its new generation of high-end terminals, the GT 2 and GT 2 Pro, the young Chinese manufacturer realme has also presented within the framework of MWC 2022 a series of products within its AIoT ecosystem.

The realme Book Prime has a high-quality 2K screen and an 11th generation Intel Core processor.

realme book Prime: this is the second batch of realme laptops

Last year, realme expanded its product catalog with the launch of its first laptop, a realme book that stood out for its metal construction, its lightness and for having a high-quality 2K screen. Now, the Chinese brand has just presented its successor, the realme book Prime, an ultralight laptop that inherits the design of its predecessor and is equipped with a processor 11th Gen Intel Core i5more specifically the i5-11320H, which promises a 9.6% increase in single-core performance and of the multi core by 21.8% compared to the previous generation.

The best decks for the Clash Royale Magical Love Challenge

This powerful processor comes accompanied by two versions of 8 and 16 GB RAM respectively and a single internal storage option of 512GB.

The realme book Prime also has a new system of liquid cooling with vapor chamber that includes two small fansbut high speed, which are 32.7% more efficient at dissipating heat than those equipped with the previous model. 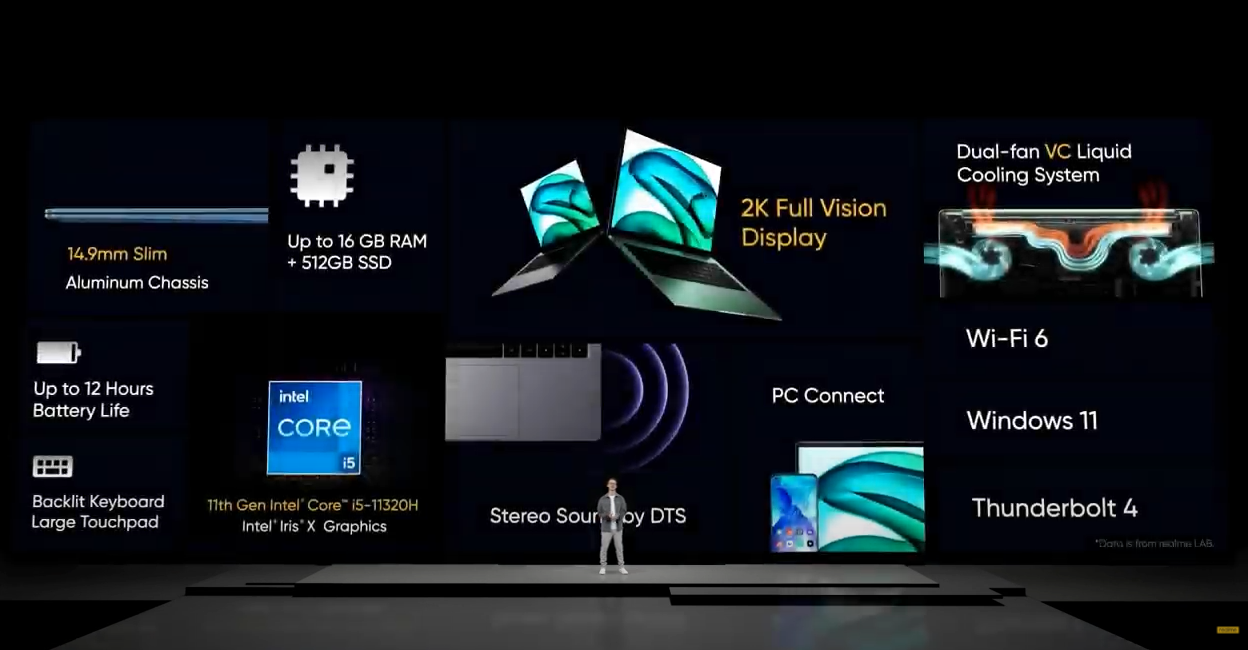 The main features of the realme Book Prime

The realme book Prime will be available for purchase at three colors: Real Blue, Real Gray and Real Green starting next March 7 at MediaMarkt, PC Components and Fnac with a special launch offer that will last until March 14 and thanks to which you can save 200 euros in each of the two versions of this laptop. 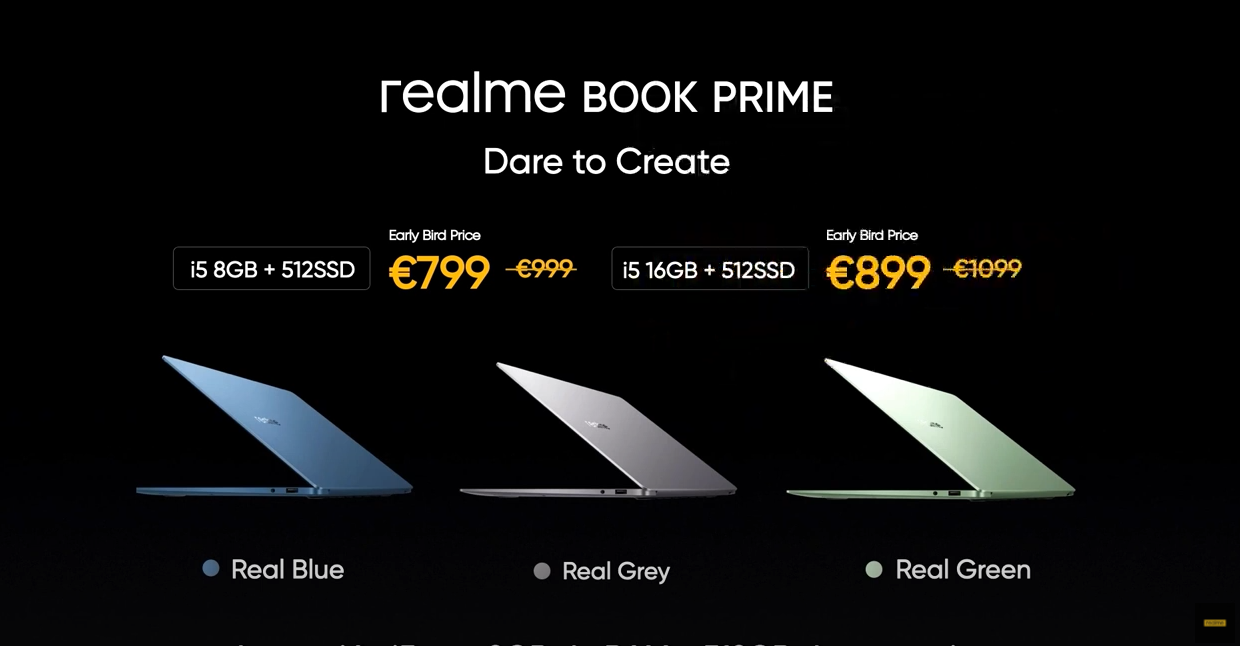 Prices and available colors of the realme book Prime

The market prices of the realme book Prime series during the introductory offer and after it are as follows:

The second of the products that realme has presented together with its new flagships is the renewal of its most advanced TWS headphones, the realme Buds Air 3.

The main specifications of the realme Buds Air 3

This makes the realme Buds Air 3 the first TWS headphones on the market with noise cancellation. certified by the TÜV Rheinland entity.

In addition to this new noise cancellation, the new realme franchise headphones have a 10 millimeter driver that provides us with great sound quality, with two microphones, one inside and one outsidewhich are responsible for improving the quality of calls and with IPX5 water resistance to prevent them from being damaged by sweat or if the rain catches us while we play sports with them. 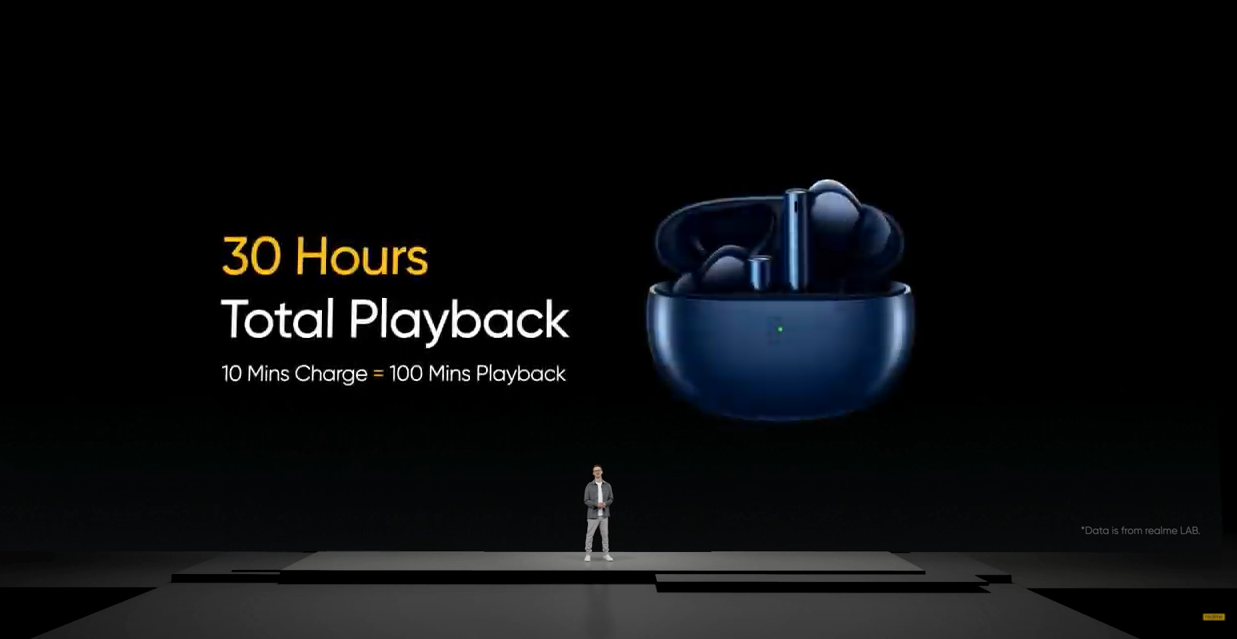 Another of the strengths of the realme Buds Air 3 is its autonomy, since they have a 546 mAh battery that promises up to 30 hours of continuous playback and has a fast charging system that allows us to fully charge these headphones in an hour and even enjoy 100 minutes of music playback on a 10-minute charge.

The realme Buds Air 3 will be available in two colors: Galaxy White and Starry Blue and can be purchased from next March 7 on Amazon, with an introductory offer that will last until March 14, for a price of €49.9910 euros less than its official price, which is €59.99.

In addition to the realme Buds Air 3, the Chinese brand has also presented the renewal of its range of realme Buds Q2 headphones, which it has baptized as realme Buds Q2s. 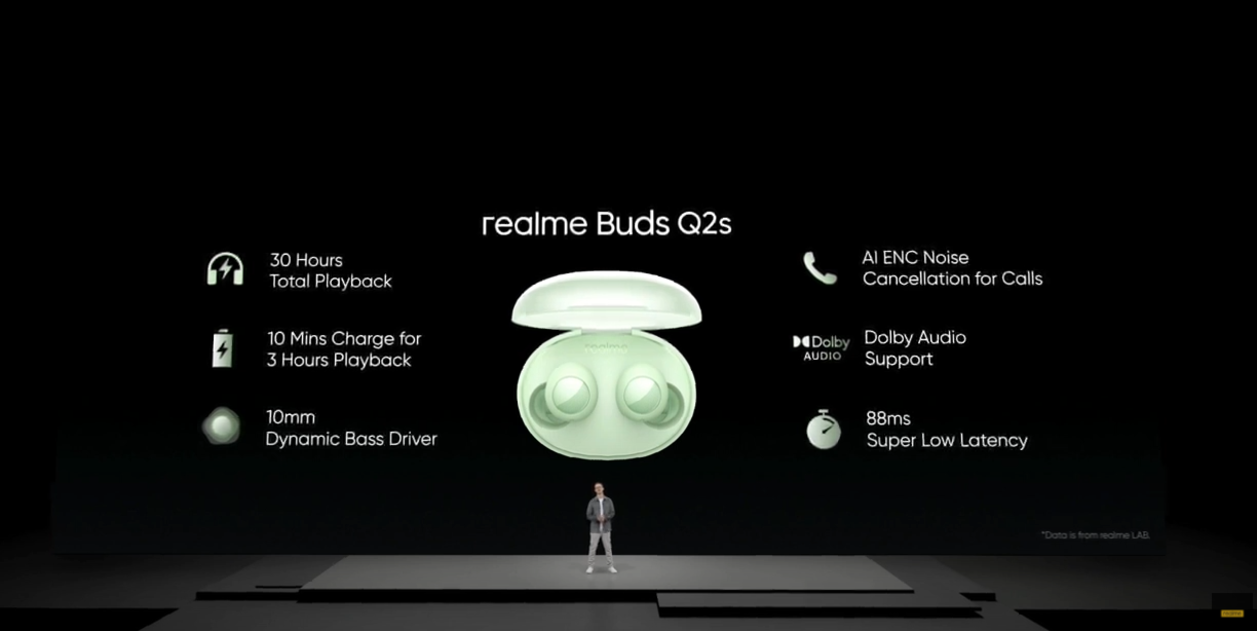 The main features of the new realme Buds Q2s

Thus, the realme Buds Q2s have, like the previous headphones, a 10-millimeter driver and a range of 30 hours of continuous playback and noise cancellation on calls. In addition, like the realme Buds Air 3, these headphones also have a fast charging system that allows us to enjoy 3 hours of playback with just 10 minutes of charging.

The realme Buds Q2s will be available for purchase on Amazon, at three colors: Night Black, Paper White and Paper Greenfrom March 7 for a price of €29.99.

Outside of this presentation, realme also announced the launch of its first smart TV in the European market, the realme TV, a device that has a nearly frameless LED screen equipped with Chroma Boost Picture Engine technology.

This new television will arrive very soon on the European market in two screen sizes, 32 inches and 50 inchesalthough the Chinese manufacturer has not yet confirmed the official prices of the first Smart TV that it markets outside of China.