Some reports claim that Samsung will launch the Galaxy S21 series in January 2021. The S21 series will be equipped with a Snapdragon 875 or Exynos 2100 processor. In China, Xiaomi is also not to be outdone by Samsung, Xiaomi is expected to launch the first phone powered by Snapdragon 875 Therefore, most likely the Chinese company will also determine the arrival time of this Mi 11 series in January. From the latest information reveals that Mi 11 Pro will arrive with significant improvements in the display and much more,

A tipster from someone claims that there is a smartphone that supports quad HD + resolution support and a 120Hz refresh rate. This seems like a significant improvement since the Xiaomi Mi 10 Pro which debuted earlier this year supports full HD+ resolution and 90Hz refresh rate.

For the camera sector, this Xiaomi Mi 11 does have a punch hole on the front but for further specifications there is no information regarding this, for the 64MP rear camera but many rumors say that the rear camera of the Mi 11 series will be embedded with a camera The main screen has a 108 Megapixel resolution, B7 The leak also mentions that the screen design of the Xiaomi Mi11 seems to have curved edges, but it doesn’t appear to be as curved as the screens found on the Huawei Mate 40 Pro and P40 Pro. 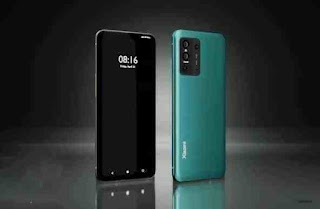