Droidsnipe – Android, iOS, Tips and Tutorials, Apk Download
Home News iPhone Vs. Android: Which is Right for You?

Trying to decide between iOS and Android? Here’s what you need to know about devices, software, security and more. 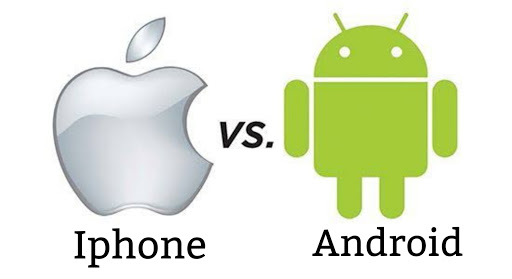 Android Vs.Â iPhone has always been a hot topic of conversation. Chances are, if you own a smartphone, you already have an opinion on which platform you prefer. If you’re trying to choose which phone to buy, we’re here to help.

Here’s what you need to know in the great iOS vs Android debate.

Price and Range of Available Devices

While there are far fewer iPhones available than Android phones, there is a growing number of iPhones for you to choose from. The cheapest is the iPhone SE, which is a great smartphone that upholds Apple’s old design, with a home button and touch ID.

The iPhone SE still has a single-lens camera, so keep in mind you won’t get the same photo quality with this phone as you would with newer phones, like the iPhone 12. This phone is great for someone who likes older . , iPhone design that is smaller but wants to improve. 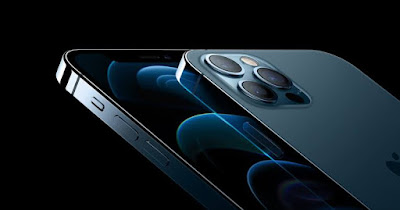 The iPhone 12 has an OLED display that renders colors sharper and darker, and has 5G technology, which ultimately allows you to have faster data rates. However, since there aren’t many 5G towers in the US yet, you may not realize the benefits for several years. This phone is a step up from SE technology, and will be the default choice for most people.

The iPhone 12 Pro and Pro Max are two high-end iPhones. The latter has a very large 6.7-inch screen, which makes it look more like an iPad Mini than many smartphones.

While Apple has some great options, Android has more. The biggest Android brands in the US include Samsung, Google Pixel, LG, Motorola, Nokia, OnePlus, and Sony.

Because there are so many types of Android phones, the price range is huge. The Samsung S20 FE 5G is a good alternative to the iPhone SE, with a user-friendly design, decent camera, and a sharp OLED display.

The Samsung S20 Ultra 5G is a great alternative to the Apple iPhone 12 Pro. It has a long battery life, 4x zoom camera and 16GB of RAMÂ

The average lifespan of an Android phone is between two and three years. Many Android phones don’t receive the updates you need for maximum security and app efficiency — something to consider when deciding when to upgrade.

Apple supports iPhone models through software updates for five years or more. An affordable battery replacement program means you can potentially last a long time without needing to upgrade.

According to software security giant Norton, research has found that a higher percentage of malware tends to prey on Android phones than iOS.

Since Apple only allows iPhone users to download iOS apps from their App Store, all apps you download for your iPhone are guaranteed to be safe. If there is malicious content in the submitted application, the App Store does not allow it to be distributed.

iOS uses a practice called “sandboxing” which prevents any app you install from retrieving any information from other apps, helping with security and privacy.

The Android system is owned by Google, and Google is working consistently to improve the security of its Android OS. If you are an Android user, you can easily adjust your privacy settings to make your smartphone more secure.

However, software updates are a big part of smartphone security and not all Android phones get them, especially at the cheaper end of the market. If your phone is older, make sure you have the latest Android software update and if you are not eligible, you may want to consider buying a new phone.

iOS has approximately 1.96 million apps available for you to use on its App Store. Since iOS tends to be the more profitable system for developers to release their newest products, it’s common for newer apps to be released to iPhone first.

Google Play, the Android App Store, has approximately 2.87 million apps available for download. However, more isn’t necessarily better because Apple has much higher standards for what it does and isn’t allowed into stores.

While Android has more options, Apple protects you with the security features for the apps we discussed above. Quantity doesn’t always mean quality, especially when it comes to technology.

One of the best features of iOS 14 is the introduction of widgets and more options for designing your home screen. When this update came out, iPhone users had fun customizing their phones and posting screenshots of the results on social media.

You can use the WidgetSmith app to give you access to more widgets on your iPhone.Â

This process can take some time, so there are app icon packs available to easily customize your icons.

You can turn your phone into your own with the best launcher that changes the whole look, and you can even change the font of your Android.

Connecting with Other Devices

Apple devices are well connected to each other. For example, when you use the Notes app on your iPhone, it automatically syncs to your MacBook.

Also, if you have a newer iPhone and MacBook, your phone calls and text messages go to your computer and you can answer calls and talk on your Macbook while you work.

Android integrates with Windows 10 in the same way you use the Your Phone app.

One downside to iPhones and Android phones, connection-wise, is that many of the newer models don’t have a headphone jack. Both connect with other devices via Bluetooth, Wi-Fi, and USB connections.

Both platforms are cloud-friendly. iOS works well with iCloud, and in both cases you can use your Google Account to access your email and Google Docs.

iPhone provides the latest software updates for models released up to seven years earlier, if hardware permits. So even if you have an older iPhone, you can still enjoy the customization and ease of use of iOS 14.

For maximum security, iOS is updated frequently. This ensures your iPhone and all its sensitive information is protected and your phone will continue to run apps efficiently.

Android is very different from iPhone when it comes to software updates. There are very few Android phone models that are guaranteed to get Android 11. Most devices only receive one or two full updates, and many don’t get any updates at all. Security updates are more general.

Of course, the number of updates you receive on your Android phone will vary depending on the phone model you purchased. But don’t expect more than two or three years of support.

Which is better: iPhone or Android?

The gap between iPhone and Android isn’t as big as it used to be. Both platforms have excellent hardware, and the differences between the software seem to be getting smaller with each update.

Android, of course, is centered on Google, which some may not like. Apple, by comparison, is expensive, so if you’re on a budget, you might prefer to take a look at what Android has to offer. This is probably one of the factors that explains why Android is the most popular platform worldwide.