Samsung exploits for the first TV commercial of the Galaxy S22 Ultra the resemblance of its camera system with the eyes of a huge spider… Not suitable for arachnophobics!

One more year, Samsung has arrived on time with its Unpacked to introduce us to the new Galaxy S22, S22 + and Galaxy S22 Ultra, the new flagship of the South Koreans who is fed with all the heritage of the Galaxy Note combining in the same device the versatility and productivity of these with the multimedia and the superlative photography of the Galaxy S family.

In fact, mobile photography is the great protagonist of the first spot Galaxy S22 Ultra adalthough Samsung has wanted to be more creative talking indirectly about the cameras and the design of the device, than in this announcement a huge spider falls in love with the resemblance of its eyes with the rear photographic disposition of the Galaxy S22 Ultra. 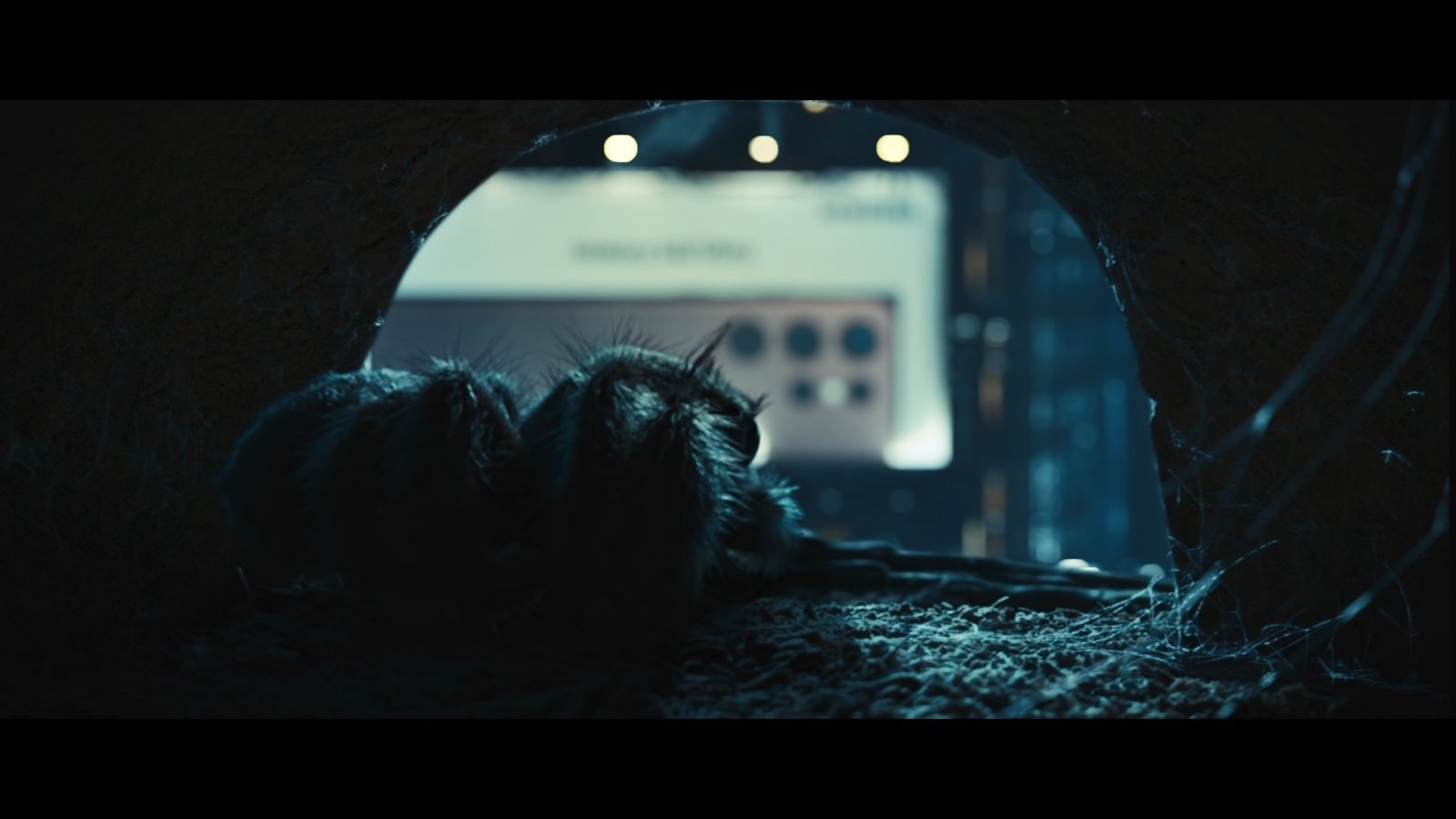 This ad for the Samsung Galaxy S22 Ultra is not for the arachnophobic.

As the colleagues from SamMobile told us, it is about an ad not suitable for arachnophobesor yes, because it will certainly help people with this problem to familiarize yourself with and lose your fear of these “nice” little animalswhom they have simulated with human-like reactions.

As you will see in the video, the spot of TV shows a spider inside a terrarium for such pets, who accidentally runs into a billboard through the window where the image of a Galaxy S22 Ultra makes you fall in love of the Samsung device, due to the similarity of its photographic system with the eyes of a spider.

The poor spider will wait impatiently for a few days, until the Galaxy S22 Ultra arrives at home in the hands of its owner, all with romantic overtones that would have had enough space a few days ago on Valentine’s Day.

Seriously speaking, the Galaxy S22 Ultra will be launched on the market on February 25, 2022, although Samsung has already started deliveries in some retailers and in your own online storeso for those interested, following this same link you have all the information about the launch, offers and sale prices recommended at launch.

Regarding the photographic system, you already know that Samsung has put all the meat on the grill with a brutal caston paper, although finally without illustrious firms such as Olympus:

Samsung's new A series will have 4 years of Android updates, more than many high-end brands