Huawei TechnologiesÂ has indeed faced many restrictions in regions such as the UK and the US. However, now Huawei will also begin to focus on the Southeast Asia region, by starting an agreement to develop 5G networks in Indonesia. 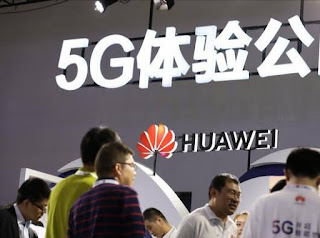 Rasa=technology China is indeed known as a leader in telecommunications equipment. Huawei has signed an agreement with Indonesia to develop 5G technology and other technologies in Indonesia. The company will train 100,000 people to become more savvy in the field of digital technology, especially in sectors related to cloud and 5G networks. Huawei will even prepare internal employee training in Indonesia.Â

According to the NikkeiAsia report,Â This is a first for the government. According to a source close to the matter, “With Huawei’s help, we hope to raise the quality of our human resources to international standards.” The Chinese telecommunications giant will also work closely with government agencies to promote intelligence development. artificial and 5G networks. In particular, Huawei’s contribution does not stop there because Huawei will also provide technological cooperation to Indosat Ooredoo, which is the second largest telecommunications operator in Indonesia, for the installation of 5G infrastructure in the capital area Jakarta< /i>.

Source Huawei 20-30% cheaper, and better quality, â€ when compared to equipment from Nokia and Ericsson. The company’s push in the region demonstrates its efforts for the Southeast Asia region. Huawei has also set up a 5G research center in Thailand and spent money to support local startups and is already investing in the country’s third data center, due for completion next year.