All Android smartphones made by Huawei come with locked bootloaders because OEMs want the integrity of their devices to be at its best, providing the most secure Android environment for its users, 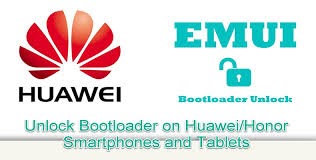 Unlocking the bootloader will give you access to your device’s partition, thus allowing you to modify, delete, or even flash it. So once you unlock it, you can perform various actions like overwriting recovery stock with TWRP or even flash the stock firmware by issuing the appropriate command.

Huawei, just like other Android manufacturers (HTC, Sony, Google, Xiaomi, and LG) gives you official instructions to unlock the bootloader of its phones.Â Although the unlock command remains the same, Huawei requires an unlock code device specific lock for the command to work. The instructions below will help you do this for Huawei devices that support bootloader unlocking.

Even though Huawei does offer bootloader unlocking, but if you bear any damage to the device after unlocking, it will not be covered under the official warranty.

Before you go to the steps, it should be noted that your device will factory reset itself during the process and all your data including internal storage will be completely wiped.Â So back up or backup your device first.< /p>

After backing it up, we recommend that you charge your phone enough, so that it doesn’t run out of power during the process. Because if the phone runs out of power while it’s still in the UBL process then bad things like Bootloop will happen to your cellphone,

How to Bring Up Missing Menu in Microsoft Office

Since we will be unlocking using Fastboot command, you need to set up ADB and Fastboot properly on your PC. If you don’t understand ADB? You can go here for how to set up ADB, don’t forget to enable USB Debugging.

How to Unlock Bootloader on Huawei Device?

The process of unlocking the bootloader on Huawei devices is divided into two parts:

Both steps are explained below, so make sure to follow them properly.

Step 1: Get the unlock code

How to Track Sender IP & Location in Gmail

Again, make sure you have back up all your phone data and have a complete backup of your storage.Â Unlocking or Unlocking Bootloader of your device will erase everything and restore it to settings factory.Â Now that you have everything you need to unlock the bootloader on Huawei, let’s get started.

Well that’s how to Unlock Bootloader or unlock the bootloader on Huawei smartphones and tablets. The process only takes a few minutes. You are now free to modify partitions, install custom recoveries, ROMs, and even take advantage of mods like ViPER4Android and Xposed Framework .