Droidsnipe – Android, iOS, Tips and Tutorials, Apk Download
Home Uncategorized How to Unlock Bootloader of All Latest Xiaomi 2021
How to Unlock Bootloader All Latest Xiaomi 2021Â – Okay, so be proud for all of you users of Xiaomi Redmi Note 3 (PRO), Redmi 3 (PRO), Mi 4c, Mi Note PRO, Mi 5, Mi Max and all the latest 2017 Xiaomi smartphones until 2021 because Xiaomi has now raised the level of security on their latest smartphone by locking the bootloader which brings its own advantages for the wearer, on the other hand it also has an impact that can be very bad for the user. some people.

What is a bootloader? Is the bootloader important?

What is the impact of locked bootloader on Xiaomi smartphones?

Forgot lockscreen pattern on Xiaomi smartphone? Easy. Read the article How to Unlock Xiaomi Forgot Pattern and Powerful Password to find the solution

So what is the solution so that we can regain access to the locked bootloader?

No need to worry. We can unlock the Xiaomi bootloader by following the following procedure.

How to Unlock Bootloader of All Latest Xiaomi Easily

This method is safe and can be guaranteed to work because this unlocking process is a procedure from the Xiaomi official.
What is clear, make sure your Android smartphone is in a normal state, the battery is fully charged and the device support is also adequate like a normal original data cable.

Make sure you have backup applications, SMS, contacts, data and personal files that are in the internal memory and others because your Android smartphone will be back like new.

In this tutorial I’m using the Xiaomi Poco X3 Pro.

After completing this process, you generally have to wait 168 hours or 7 days. This is a new policy issued by Xiaomi, not the same as the process of unlocking the bootloader of previous Xiaomi phones which can be processed in minutes or hours. If you still force to unlock the bootloader, then during the unlocking process the following message will appear:

If you have passed the 7-day waiting phase, move on to the next step. 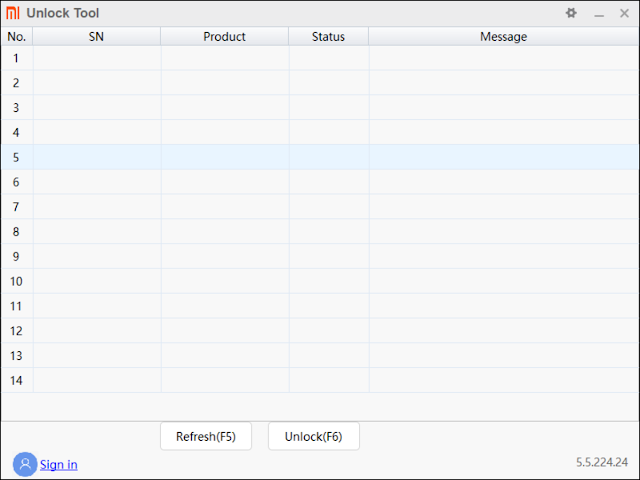 How to check if Xiaomi has unlocked bootloader or not

If you have just unlocked or you just have a second Xiaomi smartphone, you can check the bootlader status in the following way:

In the line (bootloader) Device unlocked is written true, meaning that the device has been successfully unlocked.

When I unlocked the bootloader of the old Xiaomi Redmi Note 3 PRO, an error appeared like this :
Error Couldn’t verify device is a bug that has been confirmed by the official Xiaomi. The reason is because the Xiaomi Redmi Note 3 PRO that I unlocked did not use the Chinese Developer ROM.
In fact, in this official unlocking tutorial thread (http://en.miui.com/thread-202290-1-1.html) it says:

Note: Redmi Note 3 is equipped with a MediaTek processor while the Redmi Note 3 PRO (16GB and 32GB) uses a Qualcomm Snapdragon processor.
The solution, use the Developer version of China Fastboot ROM (download here).

Error “Current account is not bound to this device”

MiFlash Unlock has now been updated by the Xiaomi software developer, until the last time this article was updated it entered version 2.3,803.10. Then what’s the difference?

For those of you who want to unlock the bootloader, you are now required to use the latest ROM output according to each smartphone type because one of the requirements for the latest unlocking is that the user must link his MIUI account to the device concerned through the Mi Unlock status menu contained in the Developer options.
Users with older ROM versions will not be able to unlock because older ROM versions don’t have Mi Unlock status option in Developer options.
What if we use the old MiFlash Unlock series that doesn’t require the user to associate an account with the device in question? It doesn’t seem possible, because during the unlocking process an error will appear where in the statement it says you are required to download the latest MiFlash Unlock series .
If you encounter an error “Current account is not bound to this device” when unlocking, don’t worry because it is the latest feature provided by Xiaomi. You only need to do the procedure that has been given, namely linking the MIUI account to the device in question via the Mi Unlock status menu contained in Developer options.
To do this, open Settings < Additional settings < Developers options < Mi Unlock status / Enable OEM Unlock / OEM Unlocking then press the Add account and device button.
Additional: Error “Current account is not bound to this device” usually followed by the caption “In the “Settings -> developer options -> Mi unlock states” binding account and equipment” or “Add your account and device in MIUI’s Settings > Developer options > Mi Unlock status“.
Hope this helps.

Want to enjoy the premium features of an Android app but don’t have the money to buy it? It’s easy, read the latest article How to Make Android Applications Premium for Free

How to Bring Up Missing Menu in Microsoft Office