As we know that some time ago Huawei sold Honor to new owners. This is expected to bring major changes to Honor’s business. Until before the sale, Huawei and Honor had shared technology as Xiaomi and Redmi did. Now that they have cut ties between themselves, the steps needed to ensure the continuity of Honor’s business are expected to change the way Honor’s business operates. 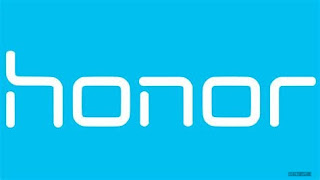 The joint statement announced that Huawei will not own any stake in the new company, and it has been reported that operations and after-sales service will not be affected. However, the new Honor must make changes to indicate that it is no longer owned businesses Huawei.Â

We knew this change was coming because Honor released a statement reassuring users that it will continue to provide security updates and after-sales service for existing products. These are products launched during its existence as a Huawei-owned company, some of which were launched with Huawei Mobile Services. Here are some of the changes we expect:

Back to Google Mobile Services

Huawei phones released last year have been launched with Huawei Mobile Services. While Huawei’s answer to Google Cellular Services (GMS) is gaining new features quickly, many people are not interested in picking up a phone that doesn’t have support for Google services directly.

Now that Honor is an independent company unrelated to Huawei, we hope that new Honor branded phones made for international markets will come with GMS support .

Honor phones come with an Android UI called Magic UI. Now in its fourth iteration, Magic UI is closely related to Huawei’s own EMUI but with a few additions. If Honor intends to continue with Magic UI the next version should be very different from EMUI and not just an update. We speculate that Honor may eventually leave Magic UI and roll out a completely new UI like Vivo did recently by scrapping Funtouch OS and announcing OriginOS.

Most of the Honor phones released since 2019 came with Huawei’s Kirin processor, and this year, we’ve seen rumors saying that Honor is also launching a phone with a MediaTek 5G processor.

Now it’s no longer a Huawei-owned company, it should have access to Qualcomm processors and not be limited to 4G chipsets like the previous owner. This means we should see Honor phones powered by the new Snapdragon 4G and 5G processors like Snapdragon 720G and Snapdragon 765G.

We expect this to be good news for a market where Honor continues to release phones with the legacy Kirin 710 processor.

This is a change that we expect in the near future from Honor. However, these changes may take some time to arrive and are not immediate. However, we look forward to seeing what the future holds for Honor when it starts marketing it once it leaves Huawei.