Droidsnipe – Android, iOS, Tips and Tutorials, Apk Download
Home How to Gcam Mod (UltraCVM v5.1) How To Install and Download
The smartphone from google itself is the Google Pixel mostly known for its superior camera, which captures amazing photos without much more sophisticated hardware. Actually, the magic lies in the Google Camera or Gcam app which offers HDR image processing and a night mode better,

What is a Gcam?

For some who may not know, Gcam is a ported version of Google’s camera app that offers features like HDR + and Astrophotography. Thanks to Gcam, Google Pixel produces better images than other Smartphones. ,

So, Gcam is a mod version of the Google Camera app you see on Google Pixel. Gcam Mod brings some Google Pixel-specific camera features to other Android smartphones. There are several variants of Gcam available on the web, some are intended for multiple Android devices, while others are made specifically for one type of smartphone, 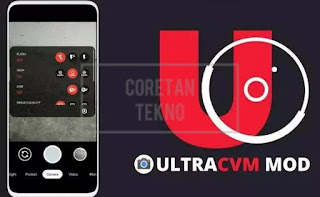 According to the XDA Forums, â€ œUltraCVM is an ongoing project to build a Gcam that will meet the needs of extreme imaging tools aimed at outstanding quality for most of the latest sensors used in flagship devices. Based on the respective and known developers, maintain and expand their features. “

Reasons Why SIM Cards Can't Be Read on Android Phones

Before downloading the Mod apk file, make sure you have support for camera2 API on your phone or enable it first. You can also install the app to check Camera2 API support. Alternatively, check the list of smartphones compatible with UltraVCM 5.1 Mod.

If you have a compatible device, download the modded apk on your Smartphone. The installation process is simple. You just need to install it as usual. Once installed, you will be able to see the Google Camera icon in your phone’s Display menu, Thank you.