Droidsnipe – Android, iOS, Tips and Tutorials, Apk Download
Home Android Apple has released a cable that costs $159, but it has a...

Apple presents its new Thunderbolt 4 cable, with the best build quality and maximum performance, but at a price of $159 that will have to justify us well.

If you remember the discussion of the Apple chamois that cost 25 euros, surely this news will not surprise you, nor that Apple has cables at these exorbitant prices or other accessories also with exaggerated costs. But it’s not always like that, let’s see…

This time, we are going to have to break a spear in favor of the giant from Cupertino, because his new Thunderbolt 4 cablewhich is already listed in the Apple Store in the United States at a price of 159 dollarsit may seem expensive at first, although it really is not that expensive if we take into account everything it offers. 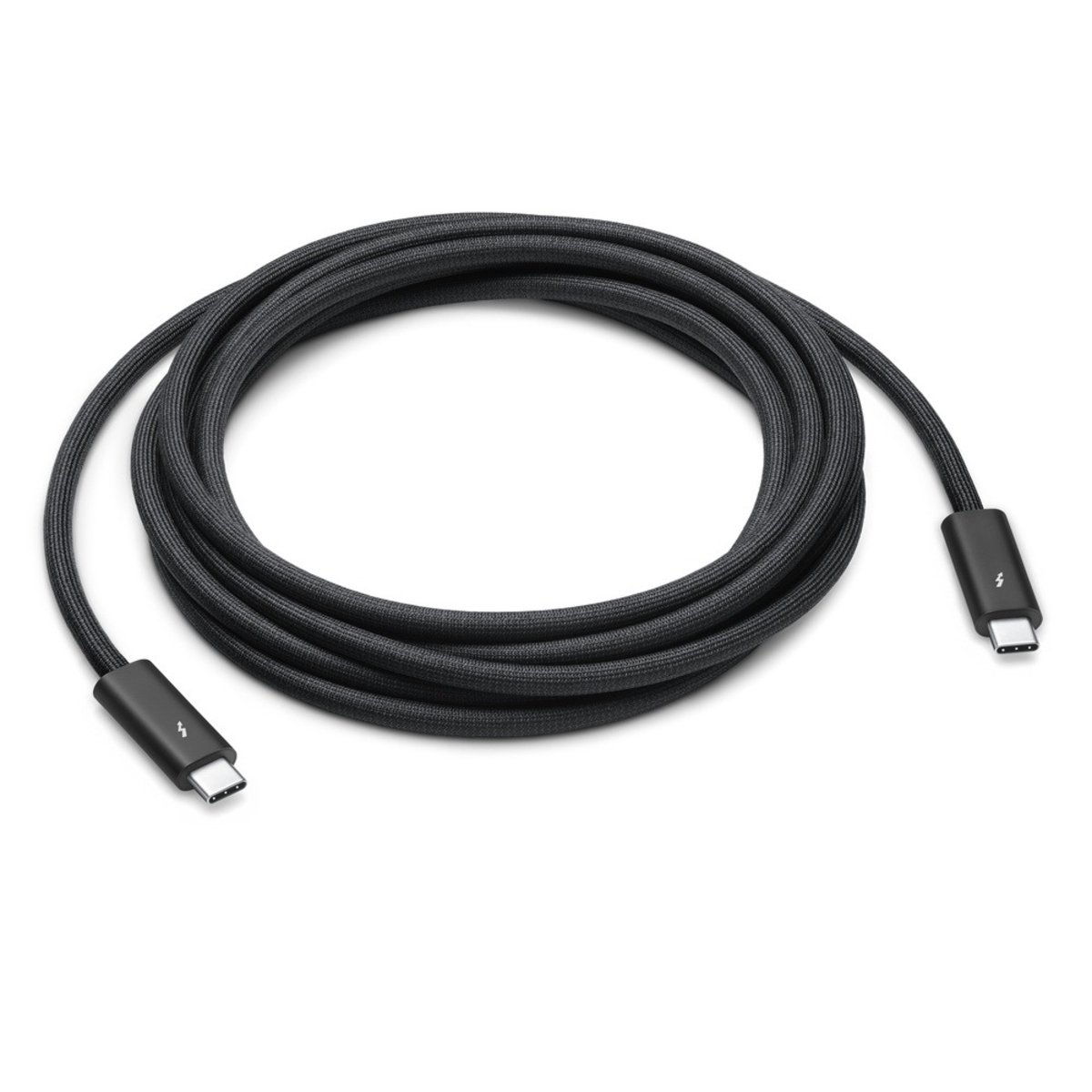 This is Apple’s new cable, 3 meters long and Thunderbolt 4 technology.

The companions of The Verge told us about it, and it is that indeed the presentation of a cable of almost 150 euros will always raise rivers of inkespecially since Apple has well earned its reputation with some of the most expensive accessories that have ever been seen in this industry.

Apple’s new Thunderbolt 4 cable is 3 meters long and supports Thunderbolt 3, Thunderbolt 4 and USB 4 data transfers of up to 40 Gb/s, and is also the only one that reaches a length greater than two meters signed by a recognized manufacturer and first level.

The new 3-meter Thunderbolt 4 cable that Apple has introduced has the maximum construction quality thanks to its braidingdesigned to avoid tangles, and also has the latest technology with “Thunderbolt 3 data transfer, Thunderbolt 4 and USB 4 up to 40Gb/sUSB 3.1 Gen 2 data transfer up to 10Gb/s, DisplayPort (HBR3) video out, and charging up to 100W”. allows even daisy chain up to six devices thunderbolt 3

How to hide applications on a Realme mobile

The price then seems competitive, especially since Apple is the only first-tier manufacturer that sells a Thunderbolt 4 cable of this type with lengths greater than 2 meterstaking into account the enormous challenge that increase length and maintain high transfer rates of up to 40 Gb/s, which requires the highest quality materials to avoid interference and signal loss.

This is how Apple’s Thunderbolt 4 Pro Cable is listed in its online store, for $159.

In fact, other manufacturers like Belkin have 2 meter options at a price of about 70 dollars or higher, a cost that is quite adjusted to the $129 that Apple asks for its 1.8-meter Thunderbolt 4 cable, also braided and with the same technology.

Obviously it is about high-performance cables designed for products in professional environmentslike the new Studio Display, so for once we have to say that, indeed, if you want the best quality on the market by a maximum performance Thunderbolt 4 cable, you will have to pay it at the price it costs.

The worst part is that for now Apple doesn’t say when shipments will startand only leave a brief “Coming soon” without even allowing pre-purchases or reservations.