Google officially presents Android 12L, and these will be all its news to rescue tablets and embrace folding phones… This is the Android of big screens!

The truth is that, technically, Android 12L It was already official a few weeks ago, or at least Google had confirmed to us some time ago that it was working with a new version of Android for large-format screens that would try to get closer to the tablets and foldable mobiles offering for the first time since Honeycomb the essential experience of continuity with a extended desktop and advanced multitasking.

Be that as it may, from Mountain View there had been no more movements since November of last year, and although many of us had talked about the obvious differences between an Android 12L and the other Android 13 that were developed in parallel, Google did not want to wait any longer to definitively present Android 12Ldirectly on your corporate blog and telling us all the news we can expect which is already the last stable flavor of Android. 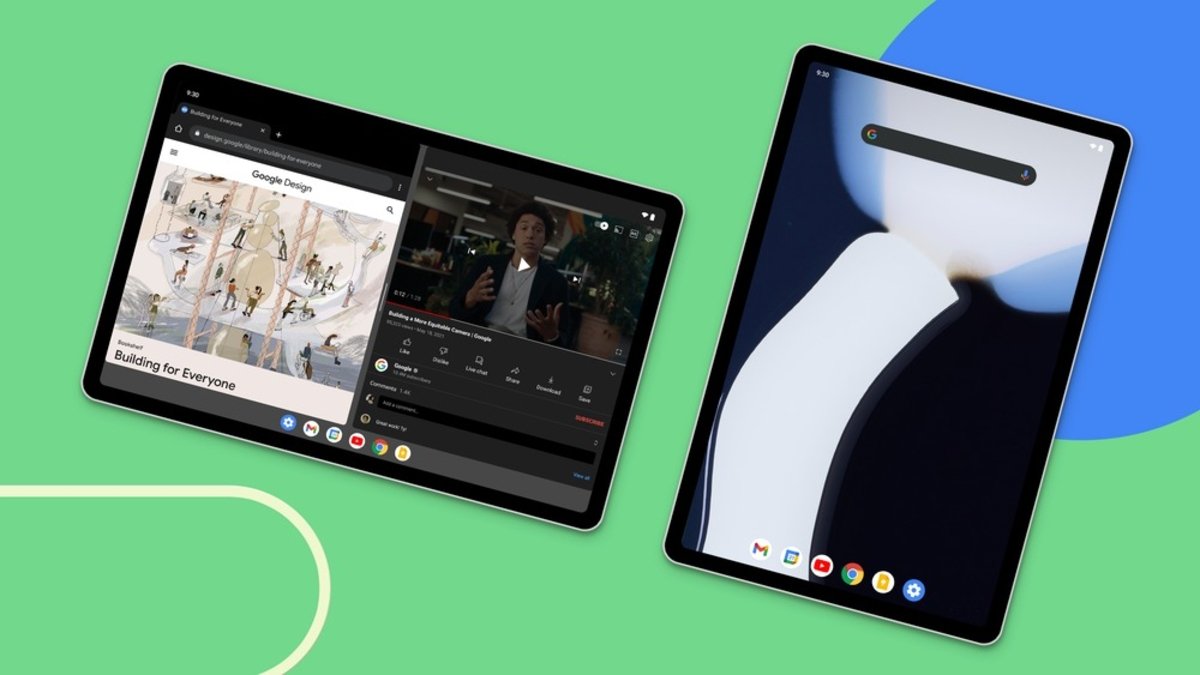 And it is that Google itself acknowledges in its publication that approaching tablets was more than necessary after many years in ostracism, also stating that folding phones and tablets with large screens have become in these times in favorite devices to consume multimedia content at home or for productivity tasks on the go.

Check Immediately! Here's how to find out whether our WhatsApp is bugged or not!

So, Android 12L is just one more step from Android 12 to adapt to large format with an easier to use and more useful interface, which offers a new interface design with greater prominence to the content and a new taskbar that brings advanced multitasking closer already explored by manufacturers like Samsung in their software customizations and in applications like DeX.

After several months on hold, Android 12L becomes official to approach tablets widely dominated by Apple for the first time in years, but this time also adapting to folding mobiles that have already begun their takeoff in the industry.

A better visualization, with a renewed interface adapted to the large format

Surely one of the main disadvantages of using Android on tablets was precisely that the system interface did not adapt well to large screensbecause the content grids were the same and everything was enlarged, without taking advantage of the largest available space for the relevant information.

Android 12L is precisely the solution to this problem, with a new interface specifically designed to make everything look better on screens with considerable diagonals. In Android 12L, it has been optimized from the home screen to the lock screen, through the notification center, the quick settings bars and also the device configuration menu.

Now everything will adapt better and therefore it will be easier to use our tablets or folding mobiles, with more space for all your content and better application integration. In fact, it is that settings for example will adapt to a layout two column so that we can select a wallpaper from the navigation panel, choosing in the adjoining column and in a single view, without multiple clicks and without having to go in and out of each section.

With Android 12L, users will also receive another essential aspect in large-format devices, and that is that using a tablet in business environments clearly required better multitasking that only Samsung had dared to bring the Android platform closer to One UI and its continuity desktop service Samsung DeX.

With the new version of Android is implemented a smart taskbar that allows you to start and change applications instantly, being able to drag and drop any app from the bar itself to automatically activate split screen mode. This will allow us to plan trips with Google Maps and Chrome at the same time, or copy and paste content between office applications or, in general, use any two apps simultaneously.

This is the new Android 12L multitasking, on video

Android 12L is official but it will not arrive as soon as we would likeas Google states that it will be available “later this year” without specifying the dates too much. At least we do know that its news will be integrated into Android 13and that Google will continue to natively support large screens in successive iterations of the Android operating system.

As for the devices that will receive it, from Mountain View they affirm that will ship to our favorite tablets and foldable devices from Samsung, Lenovo and Microsoft, without further details on the specific models in each case. It has only transpired that the Lenovo Tab P12 Pro will be the first device to be officially updated, “in a few weeks”.

From today it is available for all Pixel mobiles from Pixel 3a of 2019so those who update their mobiles made by Google they should know that will be displayed in Software Information like Android 12.1although in smartphones you will not be able to enjoy most of these new features that will look very little in 5 or 6-inch diagonals.

Slow Internet on Android phones, these are the causes and how to solve them